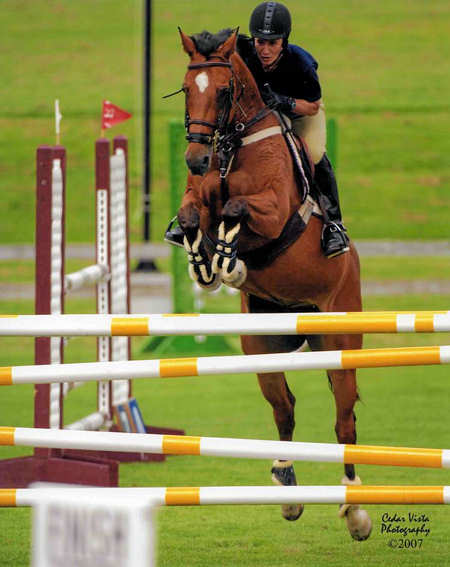 I have conducted a number of lectures and clinics for the Pony Club and have been a keynote speaker at the Pony Club Leadership symposium back in the early 90's.

How Pony Club contributed to my success:

The Pony Club is where my dream to represent Canada at the Olympics all began. I was fortunate to have Jim Elder as my Pony Club instructor when I was a B and A pony-clubber. He was an incredible role model and mentor. When the Canadian Jumping Team led by Jim Elder and "The Immigrant" won gold at the Olympics in 1968, my dream was born.

My time in the Pony Club provided me with my foundation in horsemanship, leadership, teaching and coaching skills. In many ways these skills, as much as my academic credentials, were responsible for me getting my first job in post-secondary education after graduating from university. As you can see from my career highlights, my first position as Director of Equine Studies at Humber College was the start of a lifetime career in post-secondary education that now sees me as the President of an outstanding College in Victoria BC.

Pony Club was also the start of my lifetime involvement in competitive sport, as an athlete, coach and volunteer administrator. In 2008 "The Pacific Sport Institute", a National Training Centre for high performance athletes and a Centre for Sport and Exercise Education will open at Camosun College in Victoria BC. This is the outcome of five years of working in partnership with Pacific Sport BC to lobby government and the private sector to raise the $27.75 million required to build the Institute and to recruit the "intellectual capital" required to realize its vision. The Pacific Sport Institute is destined to become a driving force in Canadian Sport.

The wonderful riding sessions we used to have every Saturday morning with Jim Elder at his Elderberry Hill Farm in Aurora. The dressage lessons with Christilot Boylen, the Toronto and North York Hunts we were invited to twice a year and the wonderful Sunday night lectures we had during the winter months. The memories are fantastic.

Memories of my fellow Pony Clubbers ; Jim Day, Christilot Boylen (Hanson), Cindy Ishoy (Neal), Lorraine Stubbs, David Ballard, Libby McMullen all of whom have gone on to successful careers in various aspects of the horse industry.