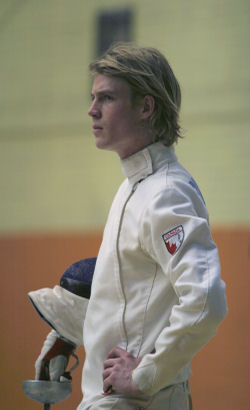 MEMBER OF BRANCH OR BRANCHES: Delacour

I am at present an 'Associate Member,' so I participate in lessons and am involved in the same community and training area that I began with around the age of seven. I am very fortunate that Pony Club has played such a role in my household and my parents both hold positions supporting Delacour Pony Club. These include branch roles as well as coordinating volunteer efforts at the regional level. I too, hope to contribute in such ways once I have retired from my current pursuit.

I am a member of the Canada's National Team in one of the most diverse sports on the Olympic Programme. This is the sport of Modern Pentathlon, which was created in the early 1900s by Coubertin, who is also the creator of the modern Olympic Games. This sport is based upon the skills required by the military-men of that time and includes shooting (10 metre air pistol), fencing (epee), swimming (200m), riding (stadium), and running (3000m).

I am still a proud Pony Club member at the tender age of 22 as well. At present, I am competing internationally in the quest to improve my world ranking. I am also working towards qualifying for the 2007 Pan American Games to be held in Rio de Janeiro, Brazil and eventually the 2008 Olympic Games in Beijing. 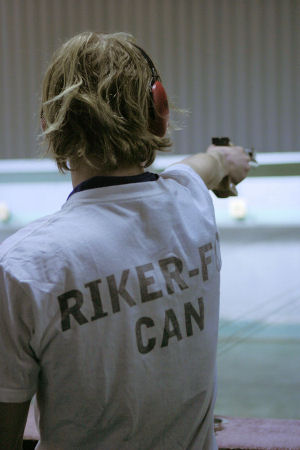 At present I am completing undergraduate degrees in Business and Kinesiology at the University of Calgary. I would consider this to be the achievement that I am most proud of, although I am not quite complete yet. Following this, I hope to enter in a graduate program related to sport, sociology, and marketing. Pony Club put me in testing situations at a young age and provided an opportunity to perform under pressure much like that faced in the University environment. It is clear to most that a common pedagogical framework exists in the Pony Club system and the University system, in terms of levels of achievement and specific concentrations within those levels. These similarities greatly prepare individuals for the tests that will be faced as an adult, and ultimately encourage the necessary skills to become an erudite horseperson and eventually a successful individual. 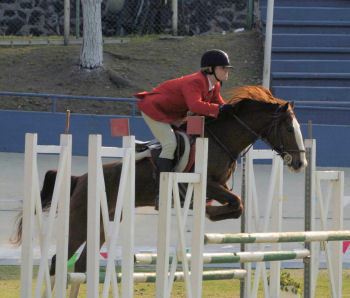 My greatest memories of Pony Club come from when I had just began as an E level rider. At the Delacour Pony Club, we had a fairly strong sense of community and this made riding a very enjoyable new experience for me. Each summer, the club hosted a week long camp. Those camps will remain a part of my memories forever as they really captured my passion for riding, despite having little talent as a youngster. I loved to be ride and loved my pony on those hot summer days filled with two lessons, stable management, and water fights.

After years of lessons, and an increasing level of courage, I began competing in Tetrathlon. I have participated in many Provincial, National and International Championships. My greatest memory from Tetrathlon comes from a competition at a national meet in England. All British regions were present; Wales, Scotland, Northern Ireland, and so on. It was awe-inspiring to see the absolute pride that each region had in representing their county. And it highlighted a characteristic missing in Canadian Pony Club, that unfortunately is impossible to mend because of the sheer size of our great nation, and the challenge in all of Canada's Pony Clubbers gathering for one meet. It was also a pleasure for me to successfully earn a second place finish at this meet and represent Canadian Pony Club and Delacour with a result that I believe few Canadians have matched in the past.

A final memory that I have concerns an accident I had the evening before my flight to the 2003 Pan American Games. During a cross-country lesson, my ride Sterling, clipped both his front hooves on a vertical and began to rotate overtop of himself. It felt like being clothes-lined, but by the feet. I shot off the front of him landing oddly on my back. What makes the story memorable is that:

a) I was fortunately able to compete and

b) I became a guinea pig for doctors to study for a 3-month span as my lower back developed a bursa in reaction to the concussion.

I was for a short time, coined 'bubble-boy.' Thankfully, this is not an issue any more.

Pony Club is a part of who I am, and I hope that my children will reap the same rewards that I have been able to achieve through this international fraternity of equestrians. I am extremely proud that I have served as an ambassador for Canada through Pony Club, while also representing Delacour. I truly believe that the lessons learned in this environment have served me well, and will continue to in my bid to qualify for the 2008 Summer Olympic Games.