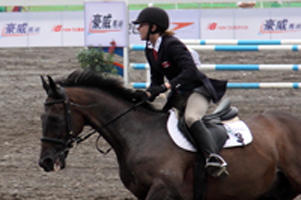 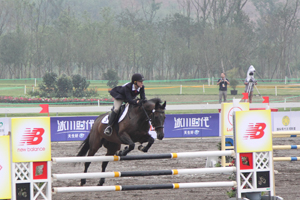 Donna is currently a PhD candidate in civil engineering at the University of Toronto. She graduated in 2009 with a professional Masters of Architecture degree from the University of Toronto, and was elected president of the Grad Architecture Student Union. Donna is also active in the community through a variety of leadership positions with local groups and societies.

One of my favourite memories is my first Tetrathlon Nationals hosted by Cochrane, Alberta. I remember the pony I was assigned with fondness. He was a small gelding with no shoes, who was primarily used to herd. The family who loaned me their pony also stands out in my mind as being exceptionally sweet. And, on that pony, to the surprise of many, I won the ride, which contributed to winning the overall championship title.

Another wonderful legacy of being a Pony Clubber is re-encountering my fellow Pony Clubbers today, decades later, sometimes in unexpected places. Many of them are still pursuing interesting adventures, some are incredibly successful, and they are a group of people spread across this wide country.