History of the Canadian Pony Club

On November 1st, 1929, the Institute of the Horse in Great Britain inaugurated a Junior Branch of their organization, known as "The Pony Club", for the purpose of interesting young people in riding and sport and at the same time offering the opportunity of higher instruction in this direction than many of them could obtain individually. This objective is still the driving force in Pony Club.

The Pony Club witnessed rapid growth in membership from 700 in 1930 to over 10,000 in 1935. In 1947, the Institute of the Horse and Pony Club and the National Horse Association of Great Britain amalgamated creating the British Horse Society which exists to this day as the parent organization and headquarters of The Pony Club.

The remarkable success of The Pony Club in Britain sparked interest for the establishment of Pony Clubs world wide. That interest is now represented in no less than 20 countries and has a membership exceeding 100,000. 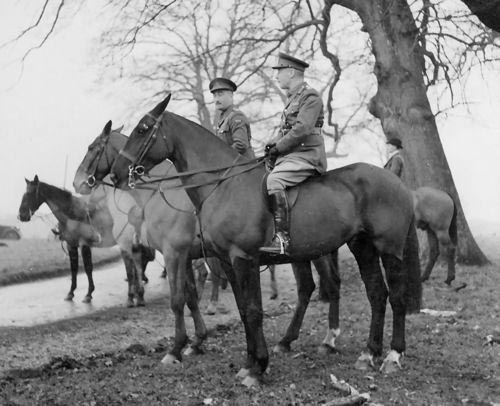 In 1934, a group of members of the Eglinton Hunt Club (then located at Eglinton and Avenue Road in Toronto!), having heard about Pony Club from their military associates in Britain, decided to bring Pony Club to Canada. Col. Timmis, Brigadier McKee and the others applied to Britain for permission to form the Eglinton Hunt Branch of The Pony Club. Permission was granted, and the first Pony Club in North America was launched with a membership of approximately 200.

There have been a lot of changes since then - Eglinton Branch is no longer affiliated with a Hunt Club, and charters are now issued to branches by the Canadian Pony Club not the British - but the changes have been in the direction of growth and strength, not deviations from the fundamental aim.

Not unlike the early beginnings of the British Horse Society Pony Club, the Canadian Pony Club witnessed enormous growth with branches being created from the Atlantic to the Pacific. Today, Canada has about 150 branches and a membership of over 2,100. Pony Club is further supported by some 1,000 volunteers.