In the Canadian Pony Club, the competition portion of our Rallies consists of a 3 phase event (dressage, cross-country, and show jumping) and the competitors are also scored on their stable management which involves many aspects of the care of their horses. 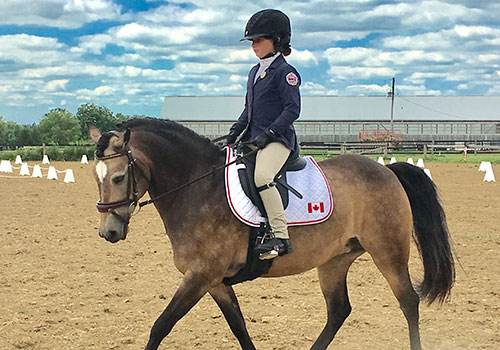 The dressage phase (held first) comprises an exact sequence of movements ridden in an enclosed arena (20 x 40 meters or 20 x 60 meters). The test is judged by one or more judges who are looking for balance, rhythm and suppleness and most importantly, obedience of the horse and its harmony with the rider. Each movement in the test is scored on a scale from 0 to 10, with a score of "10" being the highest possible mark. The dressage mark (score) is then converted into penalty points. 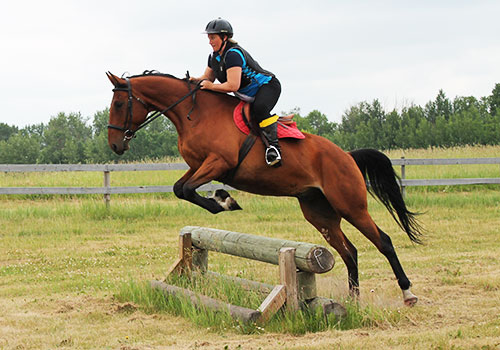 The next phase (i.e. Phase D only see below regarding Long vs. Short format), cross-country, requires both horse and rider to be very fit and brave plus trusting of each other. This phase consists of approximately 10-24 fences (lower levels), 18-40 at the higher levels, placed on a long outdoor circuit averaging 1400m - 2500m (lower levels), 2200m - 5000m (higher levels)in length. These fences consist of very solidly built natural objects (telephone poles, stone walls, etc.) as well as various obstacles such as ponds and streams, ditches, drops and banks, and combinations involving several jumping efforts - based on objects that would commonly occur in the countryside. This phase is timed, with the rider required to cross the finish line within a certain time frame (optimum time).

Penalties are incurred due to: Crossing the finish line after the optimum time, and for lower levels going too fast, refusals, falls, and other disobediences at jumps. The penalties for this phase are weighted more heavily as compared to the other phases of competition to emphasize its importance. 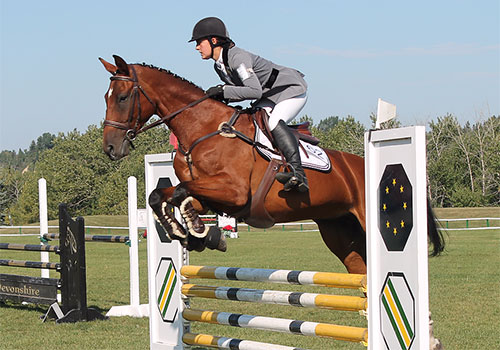 The last phase, show jumping, tests the technical jumping. In this phase, 9-15 fences are set up in a ring with the competitor being timed. The course set over a distance of 350m - 500m, depending on the level. Typically these fences are brightly colored and consist of elements that can be knocked down, unlike cross-country obstacles. Penalties are given out for disobediences, falls, knockdowns and for going over the optimum time. The combined penalties of all three phases are then tabulated.