Tetrathlon is a very demanding competition with four parts: swimming, running, riding, and shooting. Tetrathlon encourages, promotes and develops a Pony Club member's interest in horses and horsemanship by combining riding with other athletic activities.

Tetrathlon is based on the Olympic sport of Modern Pentathlon which has been included in the Olympics since 1912. The Modern Pentathlon was based on the King's Messengers who set off across country on horseback until met by the enemy when they had to fight their way through with a sword to finally escape and deliver their message on foot, swimming across a river on the way. The sport has been used by the military colleges of many countries to develop the character of their young officers.

In 1969, Tetrathlon, which omits fencing, was started in the Pony Club. It became a national program in Canada in 1975 and is now enjoyed by hundreds of members from coast to coast who participate in Club, Regional, National, and International competitions. 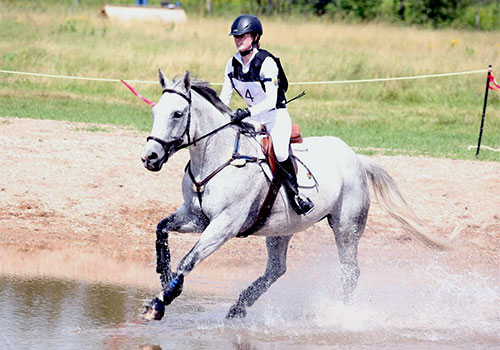 The riding phase is scored similar to the cross country and stadium jumping phases of rally, with penalty points deducted for refusals, falls and time penalties. An optimum riding performance results in 1500 points for the competitor (Novices only run 1KM). 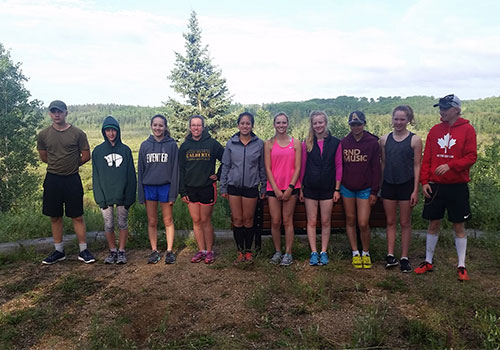 In the running phase, points are scored for the time taken to complete a 2 KM cross country course. (the faster you run, the more points you score). An optimum running performance results in 1000 points for the competitor. 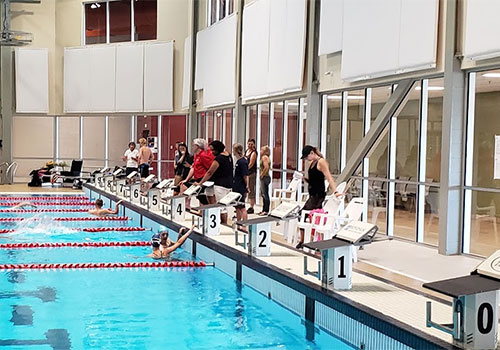 In the swimming phase, points are scored based on the time taken to swim 200 metres. An optimum swimming performance results in 1000 points for the competitor (Novices only swim 100 metres). 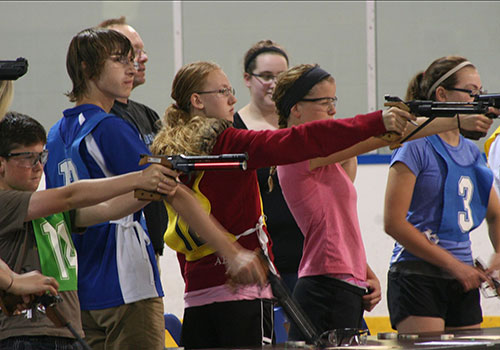 In the shooting phase, points are scored for the total number of air pistol shots, 10 for Novice, and 20 for Junior/Senior, on the target that corresponds to the ring number. A perfect shooting score is 1200 points.

There are three levels for each: Novice (11 years and under), Junior (12-14 years inclusive) and Senior (15-21 years inclusive). The age of all competitors shall be taken as on the first day of January of the year in which the competition takes place.

Every year, the top competitors of the Junior and Senior divisions in each region have the opportunity of being selected to represent their Region at the National Championships.

Seniors have the opportunity to be selected to represent their Country at the International Competitions which are held every 2 years with the location alternating between the U.K. and North America (Canada or the USA).